The Board of Directors was nominated by the Shareholders’ Meeting on 26 August 2021 and will remain in charge until approval of the Financial Statements at 30 April 2024.

Born in Empoli (FI) in March 1947, after obtaining his scientific high school diploma he graduated in Political Science at the University of Florence.
After some work experience in the IT sector, in 1973 he founded Sesa as a service and data processing company aimed at industrial and commercial companies in the Tuscan territory. In 1975, together with some of the main entrepreneurs in the IT sector, he established Anasin (National Association of IT Services, now Assinform) where he is still a member of the National Council.
In 1983 he started collaborating with IBM; Sesa becomes IBM Agency and in a few years the main IBM business partner for IT solutions for the SME segments. In 1994 he promoted the establishment of Computer Gross, a computer solutions distributor with headquarters in Empoli. The Company of which Paolo Castellacci has held the office of President from the beginning was born from the partnership between some of the most important IBM agencies including Sesa and in a short time, thanks to the distribution contracts of the main reference Vendors on the ICT market (IBM, Microsoft , HP, Oracle, Cisco) becomes the largest Italian value-added distributor of IT solutions.
He holds the position of Chairman of the Board of Directors of SeSa S.p.A., President of ITH S.p.A., holding company of the Sesa Group and President of the Sesa Foundation.
Sesa Group is leader in Italy in technological innovation sector and digital transformation services for the business segment, with consolidated revenues for over Eu 2 billion and 3,500 employees and a track record of continuous growth in revenues and employment in the last 10 years, boosted by use of external leverage of acquisitions (over 35 M&A since 2015).

He is married and father of two children. 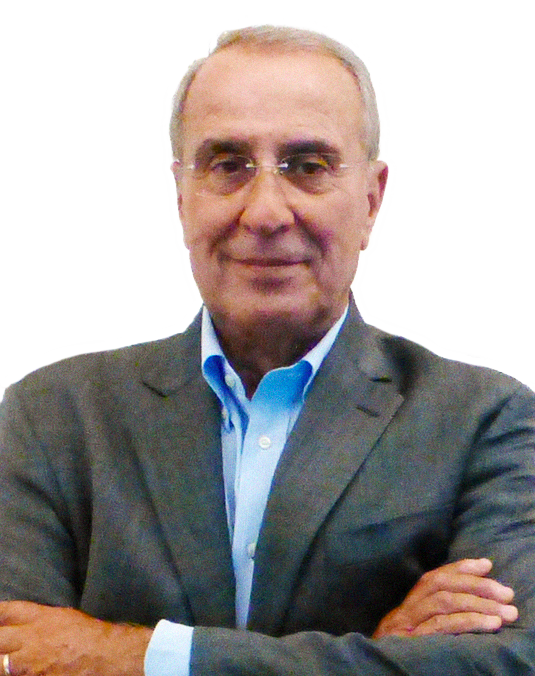 Born in Arezzo in March 1972, after having obtained his classical high school diploma, in 1996 he graduated with honors in Business Economics from the Bocconi University of Milan.
From 1997 to 2002 he worked in the Corporate Finance sector with banks and international consultancy companies. From 2002 to 2007 he held managerial roles in companies in the IT sector, dealing with Finance, Control, Organization and Human Resources.

He is married and father of two children.
Since 2008, Sesa has managed the reorganization that leads Sesa to control a reference player Group in the Information Technology sector and the subsequent listing on the stock exchange in the 2013.
Since 2012 he held the position of CEO of Sesa. He is director of Fondazione Sesa and member of the BoD of several companies of the Group. He also holds the position of CEO of ITH S.p.A., the control holding company of the Sesa Group.

Sesa Group is the reference player in Italy and Europe in technological innovation and digital services for the business segment, with 4,200 employees and Euro 2.4 billion Revenues, thanks to a path of continuous growth and value generation for all Stakeholders combining digitalization and sustainability. 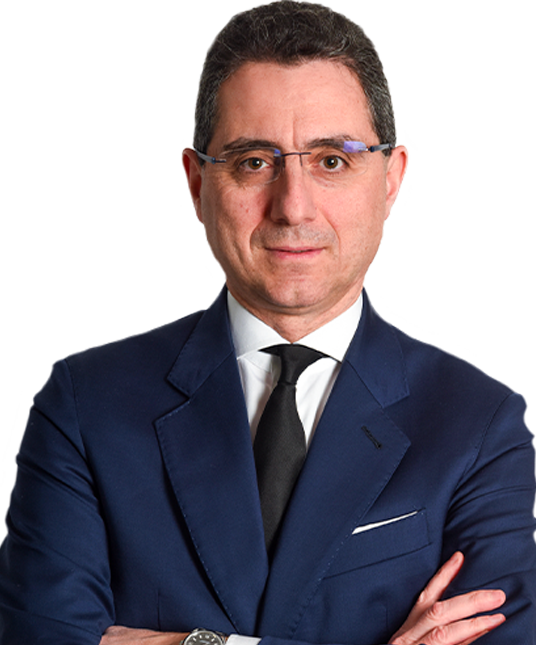 Born in Civitanova Marche (Macerata) on November 19th 1957. After having earned a science-oriented high school degree and after a number of experiences in the IT sector, he entered the SeSa group in the early 1980s in the capacity as Chief Executive Officer of SeSa Software. He worked to develop the software and maintenance sectors, also as the Chairman of Delta Phi Sigla S.r.l. and Incos Toscana S.r.l. In the 1990s, he promoted the establishment of Computer Var and Computer Var Services (which he is Chairman of) and the development of the related commercial networks. In 2008, he promoted the foundation of Var Group S.p.A., which conveyed the SeSa group’s business management system towards a user-centred software and system integration, as well as coordinating the sales network. He is currently the Chairman of Var Group S.p.A., as well as the Executive Vice-Chairman of SeSa S.p.A., with ordinary administration power for the Software and System Integration sector of the SSI division. 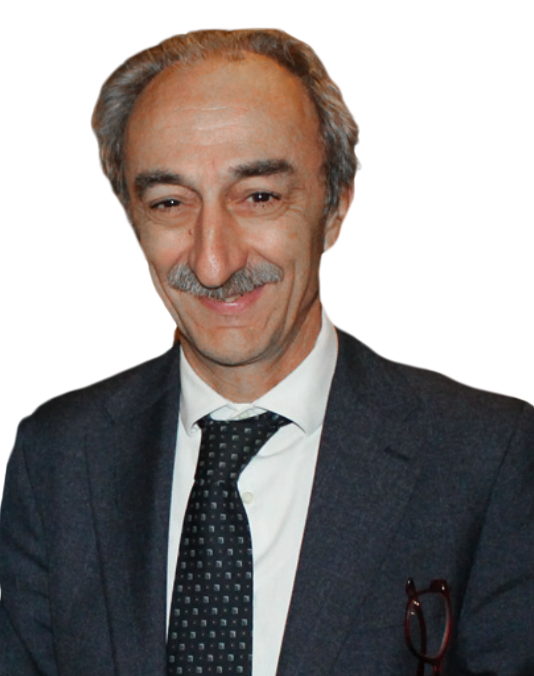 Born in Empoli on September 14th 1962. Upon having earned a diploma at a technical-commercial vocational school, he entered the SeSa Group in 1982, with increasingly important roles in SeSa S.p.A. and later in Computer Gross Italia S.p.A., in the Finance sector and in the relationship with key vendors. He is the Executive Vice-Chairman of Computer Gross S.p.A and SeSa S.p.A., with ordinary administration powers for management of shareholdings in the IT distribution sector (VAD).

In TIP – Tamburi Investment Partners S.p.A. (independent investment/merchant bank listed on the STAR segment of the Italian Stock Exchange) from 1995 and General Manager from 2007.

In June 2013, she was nominated a member of the Board of Directors of Facile.it S.p.A. – an online insurance product brokering company and utility retailer – as the executive officer for management, accounting, and corporate affairs administration. On the occasion of the group’s change of corporate control and the consequent reorganization, she was nominated – in September 2014 – the administrator of all companies belonging to the Facile group (Facile.it Group S.p.A., Facile it S.p.A., Facile.it Broker di Assicurazioni S.r.l., Facile.it Operations S.r.l.), and representing the minority shareholders with relevant veto power on confidential matters. She is also a member of the Facile group Supervisory Board in the scope of Italian Decree-Law n° 231/2001.

Since June 2012 she is a member of the Board of Directors of Immobiliare.it SрА, a web-based real estate company leading the Italian market. She actively participates in the strategic decisions concerning governance, structural organization, new acquisitions, and the optimization of cash flow.

Since May 2004 she is the Sole Director of Anthos Vermögensverwaltung Gmbh, a real-estate company registered in Germany and under Italian ownership.

From November 2003 to August 2005 she was the Sole Director and successively the Liquidator of Lusfina S.p.A., focusing on factors – third party entities belonging to the Lucchini group – owing credit with and without recourse. She was authorized the general power of attorney for operations including corporate restructuring, negotiation and management of bank debt amortization, recovery of tax credit, and final liquidation in favour of the shareholders.

Since February 2005 she works as М&А Advisor for Electa Italia (Electa Group), with a particular focus on the Italian business world and on private equity. She offers customer support in extraordinary and strategic operations preparatory to growth through acquisitions of/by third parties, mergers, or listing on the stock market, as well as the subscription to shareholders’ agreements.

From 1991 to January 2005, she has performed a number of roles in real estate, financial, and banking companies.

He graduated from the University of Parma in 1988 and he was appointed as Statutory Auditor in 1985.He practices the profession of Chartered Accountant and Statutory Auditor at associated chartered accountants Cerati Laurini & Ampollini. He is the founder of the following societies operating in the field of tax administration services, legal auditing and asset management:Parametrica Pension Fund Spa (administrative service for pension funds), Previsione Srl (italian auditing company), Grevision Trust company Srl (trustee activity). He is expert in taxtation insurance matters, supplementary pension and real estate. He carries out post-graduate teaching and training activities.He holds several corporate positions in bodies of national importance including the chairmasip of the Board of Statutory Auditors of the National Union of the Leather Industry (Unione Nazionale Industria Conciaria, UNIC), Beni Stabili Spa Siiq, Vittoria Assicurazioni Spa and Yoox Net a Porter Group Spa; he is a member of the vigilance committee pension funds of Saras’ employees (Moratti’s Group). He is member of management board of OIC – Organismo Italiano di Contabilità, namely “Italian Accountancy Board”.

She is Managing Partner of Electa, merchant firm with which she started to collaborate in 2004 dealing with transactions in the private equity tail-ends segment (i.e. acquisition of escrow accounts and cash liability companies from international PE funds) and cooperating with the international team of the group, providing technical assistance to venture capital and private equity funds focused on southern Europe and Italian market.

Since 2010 she has been mainly taking care of the structuring, promotion, execution, monitoring and divestment of captive alternative investments, among which: Made in Italy 1, the first Italian SPAC that arranged the listing of SeSa; the IPO Challenger pre-booking companies that took Italian Wine Brands and Pharmanutra public; IPO CLUB, feeder fund of SPACs and pre-booking companies, conceived in partnership with Azimut; SPAC in CLOUD, digital evolution of the traditional SPAC model, created in partnership with Elite, through which Electa listed the combination of ITD Solutions and Italware in Digital Value; many investments and co-investments in partnership with IPO CLUB, Azimut Group, Kairos and other institutional players.

She was born in Empoli on November 11th 1972. She earned a degree in Business and Economics at the University of Florence. She is registered in the Registry of Chartered Accountants and the Registry of Statutory Auditors of Florence. She works as a chartered accountant in Florence since February 11th 2003, mainly carrying out management and tax-related consultancy for businesses. She has gained extensive experience in extraordinary corporate transactions, also carrying out auditing work.<

Born in 1972 in Bergamo, she graduated with honors in Economic and Social Sciences from Luigi Bocconi University and obtained a PhD in Management from the same University.

Today she is Full Professor of Economics of Financial Intermediaries at the University of Bergamo where she also holds the position of Director of the Department of Management. She teaches Derivatives and Stock Market Economics courses. She is a faculty of SDA Bocconi and teaches the course of Risk Management and Derivatives under contract at the Bocconi University. Her main research areas are related to risk management, derivative and structured products.

Previously she was Researcher at Bocconi University and Visiting Professor at Calgary University.
She holds the role of independent director on the boards of BancoBpm and Pharmanutra S.P.A. Previously she held this role in Banca Akros and Banca Aletti (2017-2020).

She is Scientific Director of ACEPI (Italian Association of Certificates and Investment Products).